Policies and Framework for Implementation

In addition to recycling and reuse of materials, the DIC Group works to minimize the impact of its industrial waste disposal practices.

The DIC Group aims to minimize industrial waste and promote the recycling and reuse of materials. Since fiscal year 2001, DIC has promoted zero emissions initiatives, the goal of which is to reduce the volume of waste disposed of as landfill by 95% from the fiscal year 2000 level. In fiscal year 2008, the Company expanded the scope of these initiatives to include Group companies in Japan. With the aim of expanding efforts across the global DIC Group, in fiscal year 2013 DIC introduced MBO at overseas Group companies. DIC subcontracts the treatment of industrial waste to be disposed of as landfill and ensures that waste is properly treated by promoting strict compliance and on-site confirmation by designated departments at each of its production sites.

The DIC Group works to fully grasp and manage industrial waste from generation at production facility through to discharge, intermediate treatment and final disposal as landfill. The Group works actively to reduce its disposal of industrial waste as landfill by recycling cinders, dust and sludge, among others, into roadbed materials and raw materials for cement, using thermal recycling to recover waste heat and minimizing production losses by increasing throughput yields.

Initiatives by the DIC Group in Japan 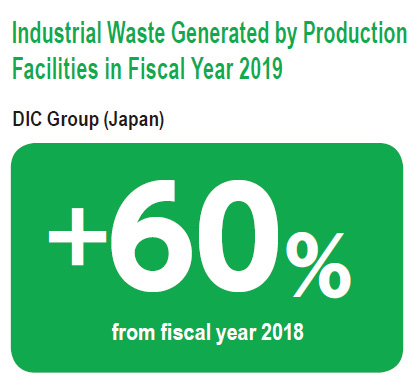 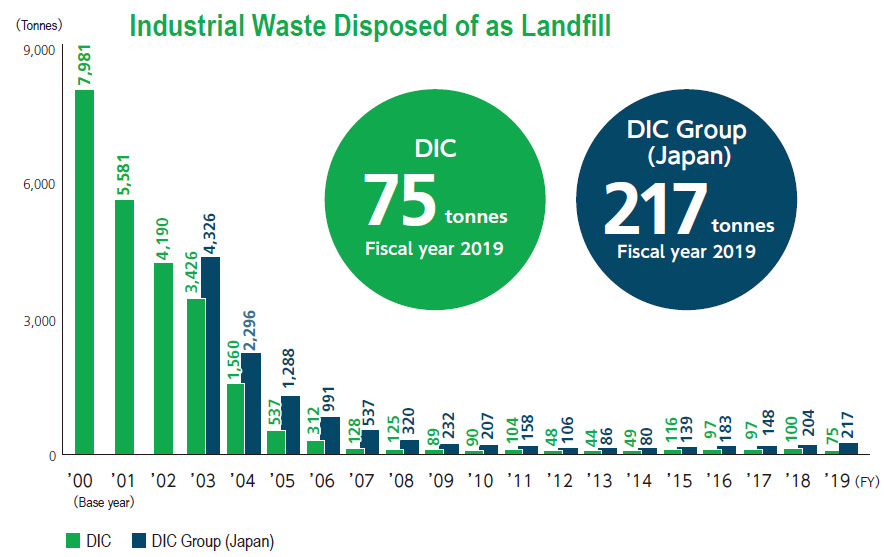 In fiscal year 2016, the DIC Group in Japan resolved to introduce GENESYS ECO, a comprehensive industrial waste management system for use with the country’s Electronic Manifest (e-Manifest) system. The e-Manifest system manages the movement of industrial waste by facilitating the electronic transmission of manifest information and tracking of the flow of waste from generation to final disposal. Unlike paper manifests, the e-Manifest system offers easy data input and eliminates the need for administrative reporting and storage by generators. In fiscal year 2019, DIC completed the deployment of GENESYS ECO at all 36 of the Group’s manufacturing sites in Japan. In a subsequent survey, individuals using the new system gave it a generally positive review. 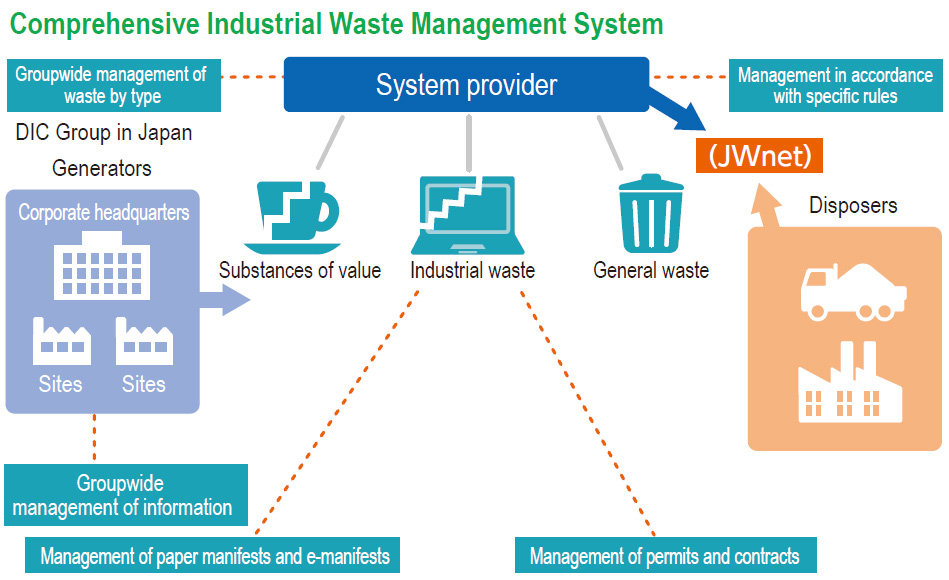 GENESYS ECO has helped to both save labor and ensure legal compliance.

Owing to the partial revision of Japan’s Waste Management and Public Cleansing Law, Japanese companies with sites that discharge 50 tonnes or more of what is classified as “specially controlled industrial waste” are obliged to introduce the e-Manifest system by April 2020. DIC took swift steps to comply with this requirement, achieving full-scale introduction in fiscal year 2017. The following year, we expanded deployment to include Group companies and systematized manifest notification, thereby lowering the risk of legal violations. Further, simplifying procedures for issuing manifests and automating annual reporting to authorities has helped us to both save labor and ensure compliance. However, because the timing of deployment has varied, the capabilities of pertinent personnel vary from one site to another. Accordingly, we will take steps to further standardize procedures and correct disparities in skill levels.

Initiatives by the DIC Group Overseas

The definition of “industrial waste”—including whether it encompasses both toxic and nontoxic substances, and both hazardous and nonhazardous substances—vary in different countries and regions, as does the methods used to dispose of such waste. The DIC Group works to ensure the management of industrial waste in a manner appropriate for the degree of danger posed and in accordance with the laws of the countries and regions in which its sites are located. The Group also grasps and manages processes for managing industrial waste on a global basis, from generation to discharge by production facilities, intermediate treatment and final disposal as landfill.
The table below provides detailed data on industrial waste generated by the DIC Group in Japan and overseas in fiscal year 2019. The Group collects data for volume generated, volume discharged by production facilities, volume recycled (material recycling), waste heat recovered (including boiler recovery of waste heat boiler from incineration), waste heat not recovered (including simple incineration) and volume disposed of as landfill for industrial waste, which it categorizes as “toxic” or “nontoxic.”