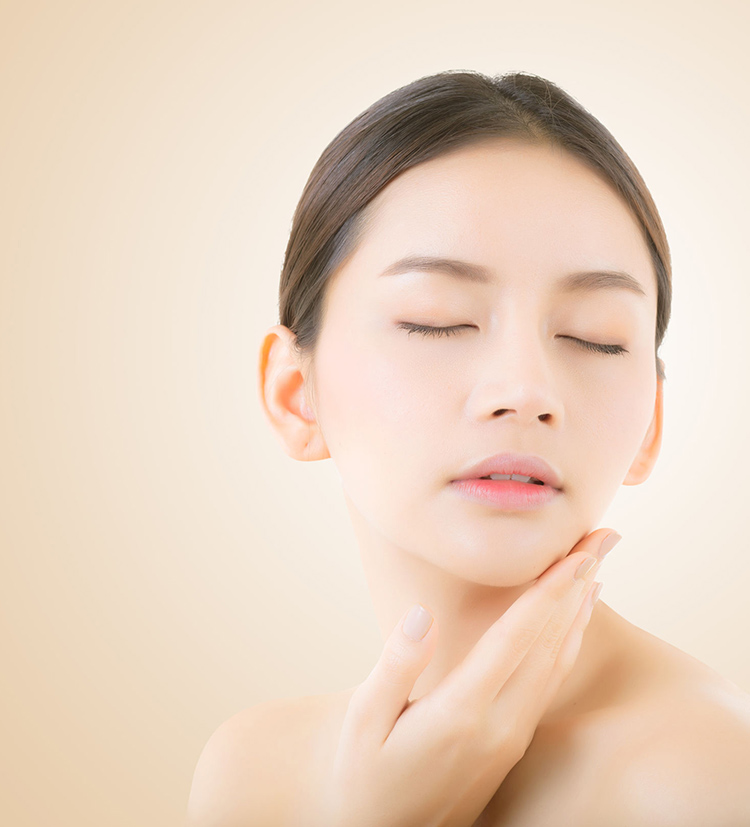 SACRAN™ is a macromolecular polysaccharide secreted by Suizenji Nori to protect its cells against severe environmental conditions in freshwater. Even when extracted from Suizenji Nori, SACRAN™ boasts outstanding moisture-retention, and skin barrier functions applicable in a wide range of skincare products.

In 2006, having observed that Suizenji Nori secretes significant amounts of a gelatinous substance of into its extracellular matrix, two JAIST researchers, Dr. Maiko Okajima and Professor Tatsuo Kaneko, succeeded in extracting that substance—the polysaccharide they named SACRAN™.

On April 1, 2007, JAIST established Green Science Materials, Inc. (GSM), the first company in the world to successfully commercialize SACRAN™. GSM is committed to Suizenji Nori conservation, the sustainable cultivation of Suizenji Nori, and the successful commercialization of JAIST research achievements in SACRAN™ extraction and variety of applications.

The Japan Advanced Institute of Science and Technology (JAIST), a postgraduate university established in 1990, in Ishikawa Science Park, in Nomi, Ishikawa, Japan, offers advanced research and development programs in science and technology.

Suizenji Nori (scientific name: Aphanothece sacrum) is a rare edible freshwater blue-green alga indigenous to Japan. In fact, Suizenji Nori grows naturally only in subterranean freshwater around Mount Aso on the island of Kyushu—more precisely, only in and around the Kogane River in Asakura City in south central Fukuoka Prefecture.

Until recently, Suizenji Nori production had remained unchanged for over 200 years. Dried Suizenji Nori was highly valued and offered to the samurai master of Kuroda Domain. In the Edo period (1603–1867), the Hosokawa and Akizuki clans—two of the area’s leading samurai families—presented Suizenji Nori to the shogunate, and sales supported the finances of both clans.

In the 1870s, the Dutch botanist, Willem Frederik Reinier Suringar (December 28, 1832 – July 12, 1898), impressed with the beautiful natural environment in which Suizenji Nori grew, gave it the scientific name Aphanothece sacrum, that was originated the word “sacred”.

・Skin barrier functions
Sacran has an extremely high molecular weight with macro-sized molecules. Accordingly, when it is applied to the skin, it forms a high-density nano-thick film. By creating a mesh-like barrier on the skin, a Sacran aggregate adsorbs water from the skin that is transported to the surface due to perspiration, forming a second thin moisture film that protects against external stimuli and allergens. Sacran also boasts high viscosity and is thixotropic, so has a gel-like consistency upon application.

In 2006, Dr. Maiko Okajima and Professor Tatsuo Kaneko of JAIST, having observed that Suizenji nori—native to Japan and a traditional ingredient in high-end Japanese cuisine—secretes a significant amount of a gelatinous substance into its extracellular matrix, succeeded in extracting the substance, a polysaccharide, which they named Sacran. Suizenji nori is very rare algae which is naturally cultivated only Koganegawa river in Fukuoka prefecture, and which categorized endangered species.

• DIC has mass cultivation and functional ingredients component extraction technologies accumulated in the production of Spirulina
• Looking ahead, the DIC Group will continue working to strengthen its blue-green algae cultivation business with the aim of providing products that deliver true value to customers in the areas of both healthcare and personal care.